South Korea's export prices dropped from a month earlier in September largely due to the strength of the local currency against the U.S. dollar, central bank data showed Wednesday.

The reading marks a 5 percent drop from the same month last year.

The drop was largely attributed to a strong Korean won, which on average traded at 1,197.55 won to the dollar, up 0.9 percent from the average 1,208.98 won per dollar in August.

Still, the dip in export prices comes amid a steady decline in the country's exports, which dipped for 10 consecutive months since December.

The drop in the export price index was also attributed to a large cut in the prices of agricultural products, which have also been blamed for the country's low inflation.

Export prices of agricultural products, including fisheries and forestry goods, tumbled 1.7 percent from a month earlier in September, while those of industrial goods slipped 0.8 percent, according to the BOK data.

The import price index, in terms of Korean won, came to 110.59 last month, down 0.4 percent from the month earlier.

In terms of foreign currencies, the import price index added 0.6 percent to 104.19. (Yonhap) 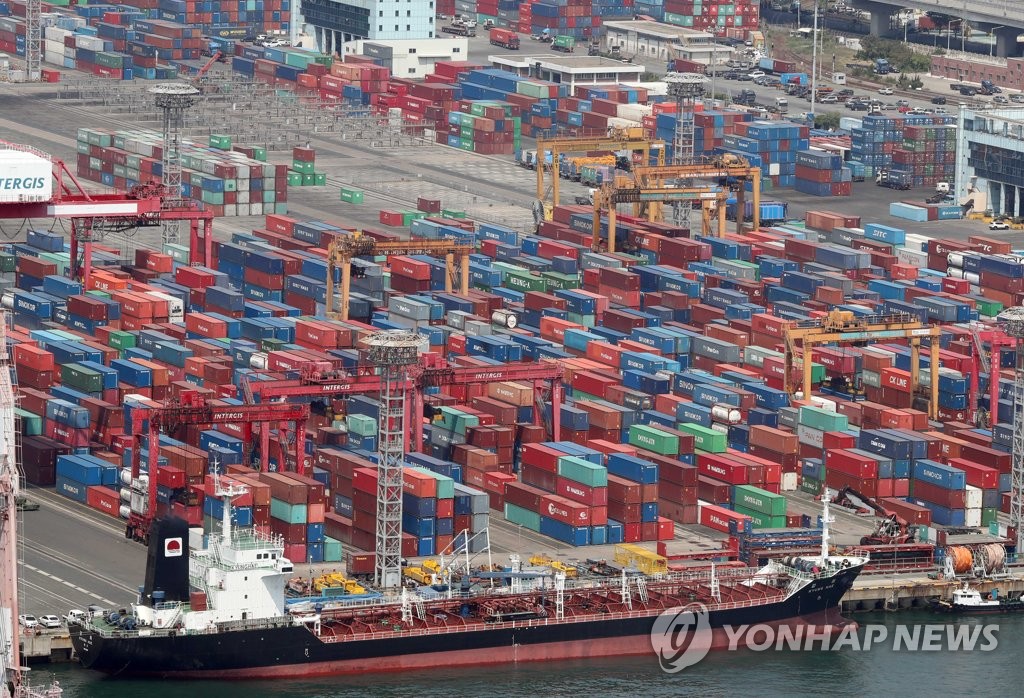