Here are The Korea Post news, notice, humor from Korean-language economic dailies and a roundup of important headlines from all major Korean-language dailies, TV and other news media this morning:

The Ansan International Street Festival on May 3, 2014, to which we have invited the Excellencies and Madans, has been cancelled due to the sinking of the Sewol-Ho Ferry Ship. This is because most 300 students of the Ansan Danwon Highschool were on board of the ill-fated Ship and many of them have become the victims. We pray for the safe rescue of the missing students as well as our deepest condolences for the victims.
----------

We have stories and photos on the following events:

Is your National Day coming up soon? Or is the Head of State of your country visiting Korea soon?
You may have the portrait painting of your Head of State painted by a famed Korean portrait artist who has painted the portraits of President George W. Bush, President Lee Myung-bak at Cheong Wa Dae, President Park Chung-Hee, the then First Lady Park Geun-hye and various other most important persons of Korea and the world.
Please visit the following sites of The Korea Post Internet for sample paintings.
Please directly call Chairman Lee of The Korea Post at 010-5201-1740 for immediate contact with the artists.
For more photos, please visit:
http://koreapost.koreafree.co.kr/board/index.html?id=artgallery&no=3http://koreapost.koreafree.co.kr/board/index.html?id=artgallery&no=11http://koreapost.koreafree.co.kr/board/index.html?id=artgallery&no=1

A doctor taking care of his last appointment of the day gives this man a thorough exam and finds him in optimal health.
As the man is going out the door, he had a heart attack and died. The doctor looks at the man and tells the nurse,
"Help me turn him around so it looks like he was just coming in."

Preparing for a tag sale, the couple decided to put out a mirror they had received as a wedding gift.
Because of its garish plastic frame they just couldn’t find a room in their house where it looked good.
Shortly after the tag sale started, a man looking for something to decorate his apartment bought it for one dollar.
“This is a great deal,” he said excitedly. “It still has the plastic covering on it.”
Then he peeled off the protective covering to reveal a beautiful gold finished frame.
--------------------------------------------

Search and Rescue Efforts for Missing Sewol Passengers Enters 15th Day
Search efforts are continuing for the 15th day for the missing passengers of the sunken Sewol ferry.

N.Korea Conducts Live-fire Drills in the Yellow Sea
North Korea conducted a live-fire drill near the maritime border in the Yellow

Park apologizes over ferry disasterPresident Park Geun-hye on Tuesday apologized to the public for the government’s failures duri...

Obama hits back at foreign policy criticsU.S. President Barack Obama’s frustration is spilling over as he makes the most strident...

Heroes and unityIt seems that the entire nation is in mourning. Although the government has yet to declare a...

Revolving doorThe grim picture of how and why the Sewol ferry capsized and sank is gradually emerging as t...

Disputed TerritoriesDuring the U.S. President Barack Obama’s recent state visit to Japan, the U.S. leader sided with the Japanese in a dispute with China over a group of small islands in the East China Sea. Here are oth...

Kwangjuyo devoted to high-end Korean cuisine
Korean food is gaining popularity abroad and is acclaimed for being healthy, but there is a def...

Park apologizes
President Park Geun-hye apologized Tuesday for the government’s mishandling of the Sewol disaster, which left more than 300 dead or listed as missing after the ferry sank off the southwestern coast, April 16. She also visited a ...

In mourning
Mourners were queuing up to pay their respects at a memorial altar in front of Seoul City Hall for those who died in the sinking of the ferry Sewol. The Sewol sank off the southwestern coast, with 476, most of them students, onb...
Our hearts are with you (8)
Any diplomats, businesspeople and others can send short messages to our email, hkang@ktimes.co.kr,...

Pres. Park offers apology for government’s failures during ferry disaster
President Park Geun-hye apologized to the public on Tuesday. She said, “(We) lost so many noble lives. I feel sorry to the people and my heart is heavy.” This is the president’s first apology made in 13 days after the...
Pres. Park consoles bereaved families
President Park Geun-hye offers words of condolences while visiting the official mourning center for victims of the Sewol ferry accident, which has been installed at Hwarang Park in Ansan, Gyeonggi Province on Tuesday....
Korean farm products succeed in U.S.
A woman came to buy farm produce at a Korean supermarket in LA, California, late afternoon on April 18 for weekend treat for her family. She said she came to buy mushrooms, laver and oysters. "I come here about twice a...
Two young Korean golfers grab PGA and LPGA titles

Amid rain, portraits move to a new memorial site

Obam gives `security gift` to Japan but nothing for trade pact

Footage Reveals Half-Hearted Rescue Efforts in Ferry Disaster
Around 10 minutes of footage of the initial rescue efforts after the ferry Sewol capsized off the southwest coast on April 16 shows that attempts to save passengers were half-hearted at best. >> Full Text

Salvage Efforts Run Into Serious Trouble
Efforts to look for more bodies trapped in the sunken ferry Sewol hit a serious snag as currents intensified and mountains of debris clogged up the narrow passageways of the ferry. Rescue workers on Sunday proposed using explosives and metal cutters as well as moving the sunken ferry in order to reach the bodies. >> Full Text

New China Envoy Urges Restraint in S.Korea-U.S. Drills
Seoul and Washington should refrain from conducting joint military exercises that agitate North Korea and those drills should not target a specific country, the new Chinese ambassador to Seoul urged Monday. Qiu Guohong made the remarks in his first press conference at the Chinese Embassy in Myeong-dong, Seoul. >> Full Text

N.Korea Hits Back Over Int'l Condemnation

Lydia Ko's First Pro LPGA Win Sends Her to No. 2

Online post criticizing Pres. Park over Sewol response goes viral
Park is lambasted for her failure to take responsibility in dealing with fallout from ferry sinking
A bulletin board on the Blue House website was slowed or blocked by heavy traffic on Apr. 27 and 28 after a post criticizing President Park Geun-hye’s response to the Sewol sinking resulted in two to three times the site’s regular number of visitors.

Families in Jindo nearing breaking point from exhaustion and stressOn the thirteenth day after the accident, the families of the missing in the Sewol disaster, who are staying at the Jindo gymnasium and Paengmok Port, are growing weary, physically and mentally exhausted. Inside Jindo gymnasium, which is illuminated 24 hours a day by fluorescent lights, an increasing number of people are asking for sleep masks, eye drops, and sleeping pills because of trouble getting to sleep at night.

Family members of Sewol’s missing getting called back to work“I don’t appreciate it when my colleague calls to ask me if there has been any news. This puts pressure on me because they seem to be hinting that I should come back to work, even though they don’t come out and say it,” the man said at the Jindo gymnasium in South Jeolla Province on Apr. 28.

Kim Kyung-ran, announced on Apr. 28 that it had decided to lift the ban on outdoor demonstrations temporarily after civic groups filed suit against Jongno Police Station in Seoul to ask for an injunction to suspend its enforcement.

Park faces grief and ire of Sewol victims’ relatives Some relatives curse presidentAfter offering her condolences yesterday morning at a mourning altar in Ansan for the victims of the Sewol ferry accident, President Park Geunhye apologized …

North holds another live drill in area around NLLNorth Korea conducted a live-fire drill near the Northern Limit Line (NLL), the disputed western maritime border between the two Koreas, …

Park apologizes to public over Sewol ferry disaster
South Korean President Park Geun-hye apologized over the Sewol disaster Tuesday, saying “I am sorry to the people and feel heavy-hearted for losing many precious lives to this accident.”Earlier, the President visited the ‘governmental memorial altar honoring victims of the Sewol disaster’ in Ansan, Gyeonggi, and paid tribute to the victims in the morning of Tuesday. Afterwards, she said “I am at a loss for words to apologize for the failure to pr..... 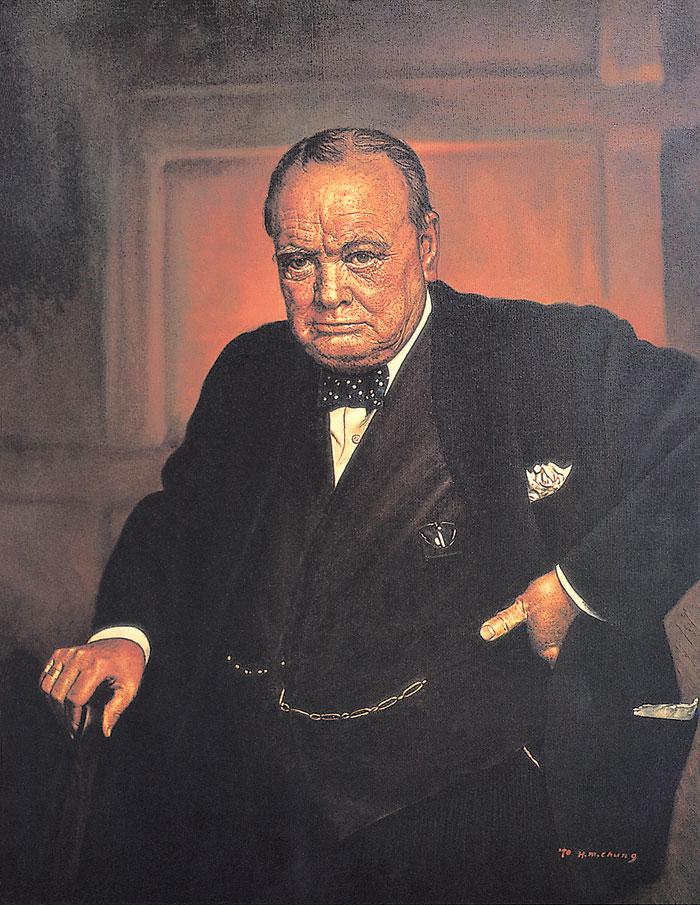 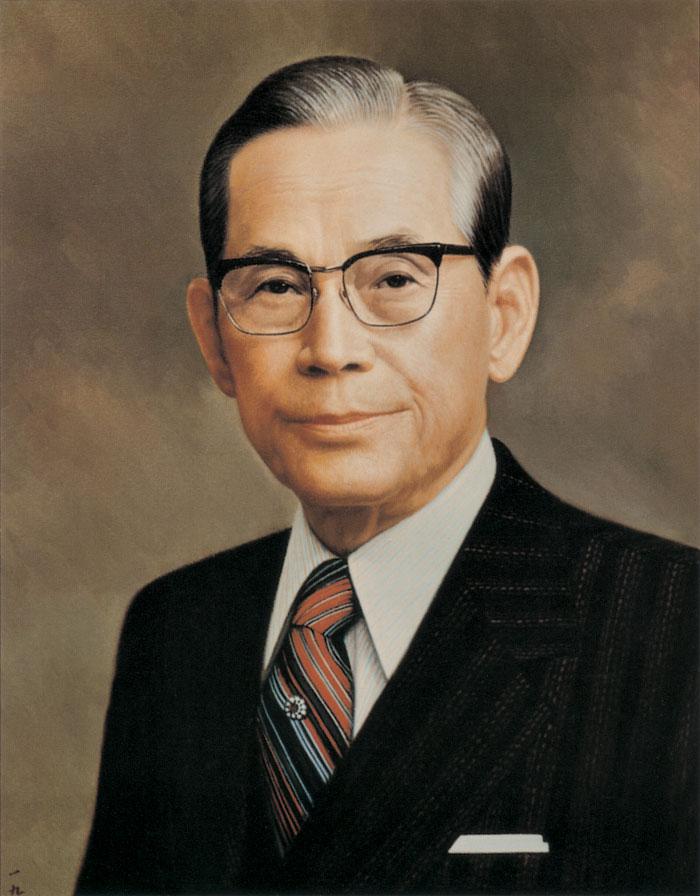