Many ambassadors are already Kakaotalk news sharers with Chairman Lee!

Finally, it is the day after tomorrowat last!

Finally it is the day after tomorrow, the important tour of Dangjinand the CW Pharmaceutical Company for the Excellencies and Madams on April 8, 2016. See what CW Pharma and Dangjin have for the promotion of prosperity of your country through economic-industrial-tourism cooperation!

3. It is UNESCO Cultural Heritage. 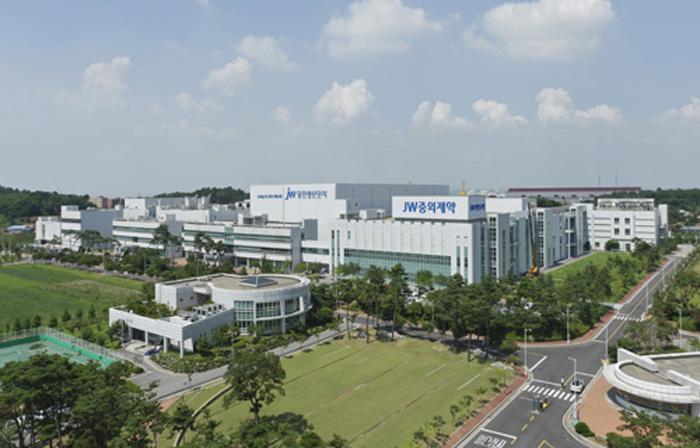 1200-1340 hours: Luncheon at the Dangjin Buffet Restaurant hosted by Major and Mrs. Kim Hong-jang of the Dangjin City with the Management of the JW PharmaceuticalCompany and tour the JW Pharma facilities.

President Park Geun-hye is expected to arrive in Seoul late Wednesday, concluding her two-nation visit to the U.S. and Mexico.

South Korea's top envoy to Japan said Wednesday he has offered to resign upon completing his duty of mending frayed bilateral ties.

The U.S. state of Maryland declared April 5 as "Taekwondo Day" in an effort to promote the Korean martial art, the latest in a series of events underlining the affection Gov. Larry Hogan and his Korean-American wife have for Korea.

South Korea is in a debate about developing its own nuclear weapons, despite the United States' assurances to extend its "nuclear umbrella" to protect the Asian ally, a congressional report said Tuesday.

North Korea's cyber capabilities pose serious challenges to the United States, the U.S. cyber commander said Tuesday, emphasizing the communist nation has steadily been bolstering its capabilities and has been "quite active" in the cyber domain.

NK could have started harvesting plutonium from spent fuel: ISIS

South Korea posted a fiscal deficit of 38 trillion won last year on the back of increased bond ...

Employees head to their offices in a building in Seoul. (Yonhap)One thing that surprised Tyler ...

A week ago, Airdre Mattner mustered up the courage to come forward as a rape victim to the medi...

The chairman of MPK Group, which runs the Mr. Pizza chain, issued an official apology Monday night on the...

The eldest son of disgraced former President Roh Tae-woo has been found to have established ...

The Minimum Wage Council will kick off negotiations Thursday to set the national minimum wag...

Mexican President Enrique Pena Nieto said Tuesday that the federal government will mediate in a tax incentives row between Kia Motors and one of the country’s states over the firm’s assembly plant, according to Cheong WaDae.

Park Sang-soo, an office worker, has become increasingly annoyed with the messages and calls he has been getting lately from the staff of candidates for the A...

The two sides will meet in Seoul on Thursday for their fourth round of high-level consultations aimed at strengthening cooperation on nuclear issues, such as...

The National Election Commission (NEC) said 63,797 out of 154,217 registered overseas Koreans participated in the six-day poll that took place at 198 polling...

Lapin, who won at the composer competition program called Mnet's "Superhit" in 2013, has debuted as a singer. Lapin is a stage na…

Obama’s Hiroshima visit in May

As U.S. Secretary of State John Kerry’s visit to the Hiroshima peace memorial park this month has been fixed, the world is now cu…

Is the ruling party’s intended exaggeration?

Park Byun-ho of the Minnesota Twins got off a good start in the Major League by posting his first hit in his debut game. In the g…

LG Electronics released its strategic smart-phone "G5" on Thursday and sold over 15,000 units of G5 on that day, which is about t…

North Korea set up a paper company in the British Virgin Islands in 2006 to raise money for its nuclear weapons program, a massive leak of money-laundering papers from Panama reveals. A British financier named Nigel Cowie played a key role in setting it up. >> Full Text

With less than 10 days left until the general elections some 27 percent of voters remain undecided which of the largely interchangeable candidates to vote for. Both ruling and opposition parties squabbled over the nomination of candidates. >> Full Text

Samsung Electronics is expected to announce a first-quarter operating profit of more than W6.5 trillion. Earlier, analysts had projected only W5.1 trillion, but a strong dollar and robust sales of the flagship Galaxy S7 smartphones led to the higher profit. >> Full Text

On Apr. 4, news website Newstapa reported that Roh Jae-heon, 51, son of former president Roh Tae-woo, had created three paper companies in the British Virgin Islands, a favorite haven for tax evasion.This is the conclusion of an analysis of 1,150 internal documents leaked from Panamanian law firm Mossack Fonseca that the online newspaper had carried out in conjunction with the International Consortium of Investigative Journalists since September of last year.

Friends, relatives and family members of major figures in the retail industry such as Lee Seung-han, former chairman of Homeplus, and GuHak-seo, former chairman of the Shinsegae Group, are running franchises located in Homeplus and Emart outlets, a leaked document reveals.It also turns out that family members and relatives of former and current executives at home offices, government officials and other important business figures own franchises located in major retail outlets.

The Supreme Court ruled on Apr. 2 to order the state and individuals involved in the illegal surveillance of former KB Hanmaum CEO Kim Jong-ik to pay him over US$400,000 in damages.Kim, 62, was a high-profile victim of illegal surveillance of civilians by the Office of the Prime Minister (OPM) during the presidency of Lee Myung-bak (2008-13).The court‘s second division under Justice Cho Hee-dae ruled on Apr. 4

North Korea described “establishing negotiations” as a “fundamental solution” to issues surrounding its nuclear and missile programs.The statement came on Apr. 3, a month after the United Nations Security Council adopted Resolution 2270 sanctioning the North for its recent nuclear test and missile launch. It also showed a very different approach from the various shows of force with military exercises and threatening statements from Workers’ Party,

With the April 13 general elections just a week away, the main opposition Minjoo Party and minor People’s Party leaders both declared they were abandoning any attempt at an alliance to field single opposition candidates in races to avoid splitting the liberal vote…

Thanks to the recent weakening of the U.S. dollar, Korea’s foreign exchange reserves grew in March…

A Colossal Ruling Party with More than 180 Seats Expected

The 20th parliamentary elections will be a race between one ruling party against multiple opposition parties, and the Saenuri Party securing 180 seats, a number···

Saenuri Party leader Kim Moo-sung said, "If you vote for the opposition party that gave up national security, they will resume operations at Kaesong Industrial···

Jang (31) had worked as an after-school instructor, but recently failed to renew her contract. Although she has a boyfriend, she has no thoughts of marriage. Ja···

'Voluntary Prostitution Still Harmful and Should Be Subject to Punishment' Constitutional Court Rules Against Prostitution 6:3

China's Anbang Insurance Group will acquire Allianz Life Insurance of Korea. This is a move only six months after the insurance group took over Tongyang Life at 1.13 trillion won in September last year. According to insurance industry sources on April 5, Anbang Insurance and Germany's Allianz Group ...

Following an acquisition of Tongyang Life, Korea's eighth-largest life insurer, in September last year, China's Anbang Insurance Group succeeded in buying up Allianz Life Insurance of Korea this time. If the two units are merged together, a new entity will overnight jump into the rank of a top-five ...

President Park Geun-hye, who is now on her state visit to Mexico, said of the issue related to the delay in the provision of incentives at Kia Motors’ Mexico plant, “To address the problem facing Kia Motors, we should strengthen cooperation with the Mexican government.” In a written interview wit...

GM Korea said on April 5 that it has finally decided to keep importing the Chevrolet Impala rather than assembling the full-size sedan at home. The Korean unit of GM has sold the Impala imported from the United States since September last year after discontinuing the Alpheon. For seven months until ...

North Korea could have acquired plutonium at its main nuclear complex, enough to produce one to three atomic bombs, since a five-megawatt reactor was reactivated in mi…

South Korean Government to Invest in Developing Its Own Super-Compute...

For the first time, South Korean Government is pushing for development project of super-computers. Ministry of Science, ICP and Future Planning (MSIP) made an announc...

LG Electronics is expecting that it had made a surprising performance that is better than initial expectation in first quarter and that it will make its biggest perf...

Number of people that made reservations for Tesla¡?s electric vehicle

The world’s leading semiconductor company Samsung Electronics Co. raised the bar in chip-making and got ahead of its rivals in next-generation chip fabrication technology, having begun mass-producing 8-gigabit (Gb)double-data-rate 4 (DDR4) dynamic random access memory chips (DRAM) on 10-nanometer (nm) process for the first time in the industry.

Jumping on the smart car bandwagon, Hyundai Motor Group revealed its ambitious connected car project with an aim to develop ...

Samsung Bioepis Co. has kicked off efforts to get marketing authorization for its third biosimilar product in Europe. “Samsung ...