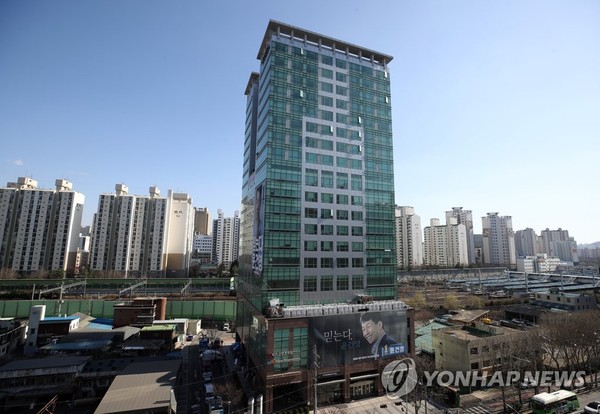 New cases of the new coronavirus reported in Seoul on Friday slowed from earlier in the week, but officials said it is yet too early to "lower guard" against the contagious virus.

"We seem to have extinguished the big fire, but we cannot lower our guard. ... There is a possibility that (the call center infection) may emit sparks to other areas," Park said in a press briefing streamed on YouTube.

In Seoul, where a group transmission at an insurance call center had spawned concerns, 13 more cases were reported, raising the total to 225 as of Thursday midnight, according to the KCDC data.

The increase marks a sharp slowdown from Wednesday, when 52 cases were reported following the call center infections. It is also smaller than the 19 new cases reported Thursday.

The call center case, which broke out at a 19-story building in the southwestern ward of Guro, is so far the biggest cluster infection reported in South Korea's capital of 10 million, or 25 million when including Incheon and Gyeonggi Province in the wider metropolitan area.

The neighborhood where the building is located is one of the busiest transportation hubs in southwestern Seoul, with subway lines No. 1 and 2 that connect to nearby Incheon and Gyeonggi Province, passing through.

The call center is located on the 11th floor of the building, where the lower 12 floors are leased out as offices and commercial facilities, including a wedding hall. The top seven floors are residential flats.

Seoul Mayor Park Won-soon told reporters that most of the 1,091 workers, residents and their contacts in the affected building have been tested as of 10 a.m.

Of those who have been screened, 109 have tested positive, including 74 in Seoul, 17 in Incheon, west of Seoul, and 18 in Gyeonggi Province, according to the KDCD.

The cases have mostly been contained within the 11th floor of the building, and their family members, while no cases have been reported among residents who live on the 13th to 19th floor, Park said.

But he also warned that figures may go up when factoring in unregistered visitors at the building. The city is currently trying to secure the list of people who entered the building since Feb. 21 based on GPS tracking provided by mobile operators.

Health authorities have been on alert for additional group transmission, with some 80 percent of all reported cases here tracing to cluster infections in hospitals, religious facilities and even Zumba classes.

Infections in closed, indoor spaces, such as call centers, internet cafes and private-sector cram schools have specifically emerged as risky spaces, with the government stressing social distancing for users and recommending owners to suspend their businesses. (Yonhap)