Here are The Korea Post notice, humor from Korean-language economic dailies and a roundup of important headlines from all major Korean-language dailies, TV and other news media this morning:

Is your National Day coming up soon? Or is the Head of State of your country visiting Korea soon?
You may have the portrait painting of your Head of State painted by a famed Korean portrait artist who has painted the portraits of President George W. Bush, President Lee Myung-bak at Cheong Wa Dae, President Park Chung-Hee, the then First Lady Park Geun-hye and various other most important persons of Korea and the world.
Please visit the following sites of The Korea Post Internet for sample paintings.
Please directly call Chairman Lee of The Korea Post at 010-5201-1740 for immediate contact with the artists.
Scroll down to the bottom for more paintings, or click:

Two cowboys come upon an Indian lying on his stomach with his ear to the ground.
One of the cowboys says to the other, "He's listening to the ground. He can hear things for miles."
Just then the Indian looks up. "Covered wagon, have two horses, man, woman, child, household effects in wagon."
"This Indian knows how many horses, who is in the wagon, and what is in the wagon. Amazing!"
The Indian looks up and says, "Ran over me about a half hour ago."

Malaysian Investigators Say Missing Flight 370 HijackedMalaysian investigators have concluded missing Malaysia Airlines Flight 370 was hijacked. The plane and its 239 passengers and crew vanished last week while flying from Kuala Lumpur to Beijing. The South Korean military has joined in the search.

Park Calls Abe's Remark on Kono, Murayama Statements 'Fortunate'
Seoul welcomed Tokyo’s announcement on Friday that it will uphold statements apologizing for Japan’s past historical wrongdoings. Our Kim Bum-soo reports on the Abe administration’s decision, which could help improve strained ties between South Korea and Japan.

Opposition coalition initiates official groundwork for new party
The main opposition Democratic Party (DP) and maverick lawmaker Ahn Cheol-soo on Sunday began formal groundwork for a new coalition party to be launched later this month to challenge the ruling camp in the upcoming local elections and ultimately in the next presidential race.

Scientists confirm discovery of meteorites in Jinju
Culture preservation officials said Sunday they will be discussing measures to prevent recently discovered meteorites from being taken out of the country and make them..

Park welcomes Abe’s upholding of apologies
President Park Geun-hye on Saturday welcomed Japan’s announcement to uphold past apologies for its imperial-era wrongdoings, raising cautious optimism for a thaw in the bilateral ...

Free bus serviceAs the June local elections draw near, candidates from the ruling and opposition parties hav...

Park, Abe may hold summit in The Hague
President Park Geun-hye dropped a hint Saturday that she might be ready to hold a summit with Japanese Prime Minister Shinzo Abe. “It’s fortunate,” Park was quoted as saying in response to Abe’s declaration that his Cabinet won’...

It's now Samsung-Google Android alliance against Apple
Google has been brought into the patent fight between Apple and Samsung.

Intelligence agency officer detained
A special prosecution team said Sunday that it has detained a covert operations officer of the Nat...

Sex offenders to be banned from teaching at colleges

The Ministry of Education said Sunday it will ban lecturers convicted of sex crimes from teaching ...

U.S. army chief most concerned about N. Korea`s `miscalculation`
The top commander of the U.S. Army said Thursday a war on the Korean Peninsula would be "incredibly difficult." General Raymond T. Odierno, the U.S. Army chief of staff, said at a forum in Washington, "If we had a fight...

Power Sleep: you can donate while sleeping

Preference for Boys Leaves Many Men on the Shelf
A man born in the auspicious Year of the White Horse in 1990 posted a message on a popular Internet forum warning that superstitions and the preference for boys only lead to misery for them later in life.

North Korea on Thursday denied any link with the oil tanker Morning Glory that has disappeared after illegally loading oil at a rebel-controlled port in Libya. The tanker flew a North Korean flag. There is speculation that the North, which is chronically short of fuel, is only feigning ignorance because it got caught buying oil from Libyan insurgents.

Korean Waters Free of Radiation
The National Fisheries Products Quality Management Service (NFQS) carried out tests on 11 kinds of fishery products caught in Korean waters each week from January until March 10, and they were all safe, according to the

Ministry of Oceans and Fisheries on Thursday.

Pres. Park to head 'jackpot unification' committee
Concerns being voiced that Park's leadership could result in committee hewing to Blue House's line on unification
President Park Geun-hye has decided that she will serve as the chair of the preparatory committee for unification that she announced last month. The move makes clear Park’s intention to work directly for “jackpot reunification,” one of the key catchphrases of the current administration

What is the true face of Japan?In retrospect, it seems like an embarrassing lapse of judgment.
It all started four days ago with a Mar. 11 report on an incident of “racial discrimination” that appeared on page 23 of the sports section in Japan’s Asahi Shimbun newspaper. Supporters of the Urawa Red Diamonds, a J-League football team based in Saitama, had apparently hung up a banner reading “Japanese Only” at the entrance to the home stadium seats. The report seemed to imply that it was not an especially big deal.

Suspicious charges in espionage caseProsecutors investigating allegations of evidence falsification in the Yoo Woo-sung espionage trial requested an arrest warrant for a National Intelligence Service informant on Mar. 14 on charges of forging “official Chinese documents” and supplying them to the agency.

Avian influenza found in dog
Antibodies for avian influenza (AI) have been discovered in the body of a dog, prompting an investigation by the disease control authorities.
The Ministry of Agriculture, Food, and Rural Affairs announced on Mar. 14 that it had confirmed that H5N8 antibodies were found in one of the three dogs that were raised at the chicken farm in Cheonan, South Chungcheong Province, where the outbreak of AI occurred. The dogs had caught and eaten a chicken that was infected with AI.

Was inter-Korean civic group pressured by the Blue House?
On Mar. 13, the Korean Council for Reconciliation and Cooperation (KCRC) canceled an event scheduled for the same day at which it was going to officially announce a campaign to send a million sacks of fertilizer to North Korea. While the KCRC explained t...

Prominent N. Korean figures could have been left out of recent electionsKim Yong-nam, chairman of the presidium in North Korea’s Supreme People’s Assembly (SPA), may not have been chosen as a deputy in the recent elections for the 13th SPA, the South Korean government is suggesting.
In addition to the 86-year-old Kim, an intelligence official said that Kim Kyong-hee, a Workers’ Party of Korea Secretary, may also have been excluded from the elections.

In Fukushima, effects of disaster linger 3 years onRadiation levels remain high
Three years have passed since a 9.0-magnitude earthquake and tsunami struck the eastern coast of Japan on March 11, 2011, devastating the island nation …

Jobs trump fairness, says surveyHwang Yeong-su is sad about the days of March ticking by without receiving a bonus. The small distribution company that the 42-year-old works for …

White Day catches on even with older guysLast year, a boss in his early 50s received a lot of praise from his employees at the office when he handed out a basket full of candy on White Day, …

Ahn, DP give name to new partyThe merger between the main opposition Democratic Party and followers of software mogul-turned-lawmaker Ahn Cheol-soo progressed to the point of agreeing …

KDB makes acquisition proposal for POSCO
The Korea Development Bank (KDB) made a proposal for POSCO to acquire Dongbu Steel’s Incheon plant and Dongbu Power Dangjin Corporation as a package. The two units are put up for sale by Dongbu Group under the agreement it reached with and KDB last November in part of self-rescue plan. At a meeting with financial key figures at POSCO, KDB delivered message that POSCO purchases Incheon plant of Dongbu Steel and Dongbu Power Danjin Corporation as a pac.....

3 mobile carriers to be banned from sig.. 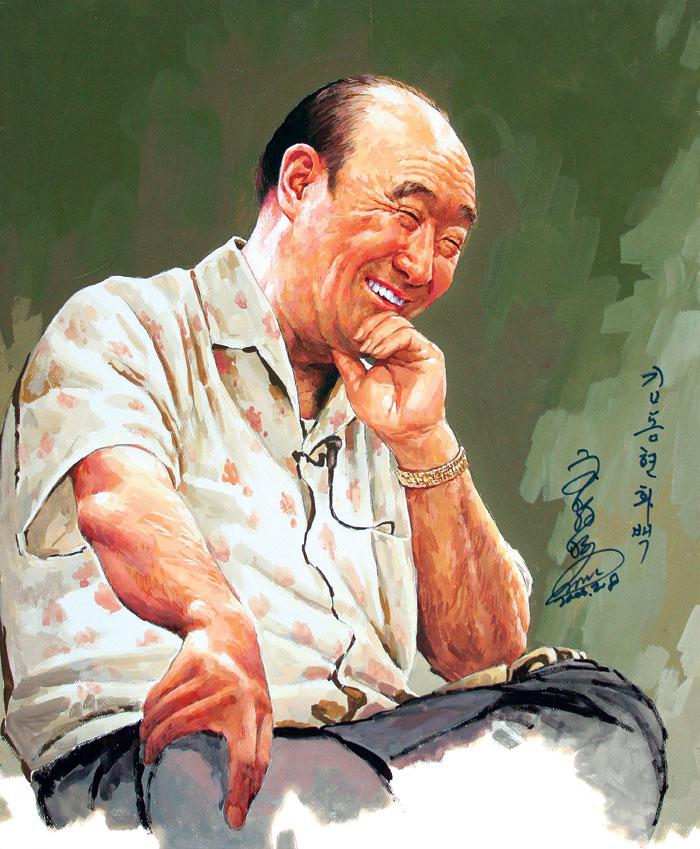 ▲ The late Rev. Moon Sun-myung of the Unification Church