Here areThe KoreaPost notices and aroundup of important headlines from all majorKorean-language dailies, TV and other news media of Korea today:

Moon,Ahn will soon begin their bout ‘outside the ring’

Ahn Cheol-sooquit the second opposition People’s Party as its co-chairman yesterday (June30). What is he really up to? Does he really mean to quit politics altogether?

It appearsthat he won’t. 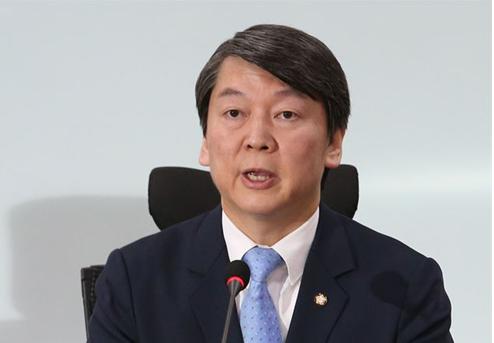 In the eyes ofmany objective political observers in Korea, Ahn did well when he gave up thechairmanship of the PP because it appeared to be the only way out he could takesaving his face as much as possible as an elite middle-of-the-roader politicalleader.

At least hegave the people the impression, “Well, at least Ahn knows what to do when hehas made a mistake.”

who is busywith ‘body building’ as an opposition Presidential candidate in the forthcomingPresidential race one and a half year away on Dec. 20, 2017. 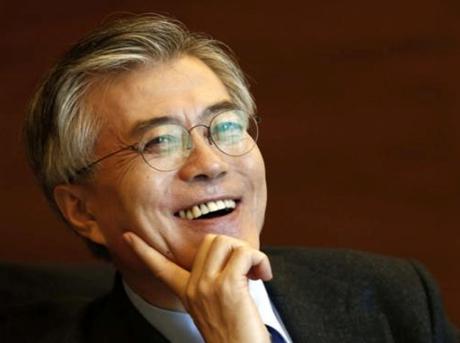 Ahn’sunconditional assumption of responsibility for the political scandal involvinghis party is generally received well by the Korean society reflecting credit onhim in view of his candidacy in the Presidential race late next year.

An influentiallawmaker of the PP was quoted by Dong-A Ilbo this morning as saying: “It is notall that bad for former Chairman AhnCheol-soo to leave the party in assumptionof responsibility for the situation. If he continues to go low-profile afterthe resignation and work silently, I am sure that he will be given anotherchance (to challenge the Presidency).”

An influentialMinjoo Party member has reservations for such a possibility when he said,“Well, it all depends on the people whether they will take Ahn’s move at facevalue.” Then he said, “It appears that time has now come for both Moon and Ahnto work hard to determine an appropriate time and justification to announcetheir candidacy for the upcoming Presidential elections.”

Our heart-felt congratulations on your National Day in August!

Excellencies with the National Day coming in August,has our request for a full-fledged National Day interview brought to yourattention?

If not, please check with your secretary! We havemade an irresistibleoffer. Please scroll down to the bottom for full details.

(Please scroll down to the bottom for full details.)

MayorLee Hyun-joon of the Yecheon County of Gyeongsangbuk-do Province cordiallyinvites Your Excellency and Madam to attend the Opening Ceremony of the 2016Yecheon World Insect Expo on Saturday July 30, 2016,which is attended by Prime Minister Hwang Kyo-ahn on behalf of President ParkGeun-hye. Please check the full details of the Inviation at the bottom of thisHeadlines.

U.S. DeputyState Secretary Tony Blinken has emphasized the importance of Washingtonmaintaining its security commitments to its allies, South Korea and Japan, as acrucial means of preserving the global non-proliferation regime.

Washington:FTA with S. Korea Induces More U.S. Exports than Most Other FTAs

U.S.government data shows that the South Korea-U.S. Free Trade Agreement(FTA) hasinduced the second largest increase in U.S. exports among a total of 13 FTAsthe U.S. has implemented so far.

WashingtonRefutes China's Claim on THAAD, Says It is Defensive

The U.S. StateDepartment on Wednesday emphasized the U.S. Terminal High Altitude AreaDefense(THAAD) battery, that it is seeking to deploy to South Korea, is purelydefensive in nature, refuting Beijing’s claim that it will undermine China'ssecurity.

JYJ'sPark to appear before police for questioning over sexual assault allegations

Two Vietnamesefishermen accused of murdering two South Koreans aboard a vessel in the IndianOcean will be brought to South Korea later Thursday to face trial, the foreignministry said.

South Koreanshares opened higher Thursday, tracking gains in U.S. stocks amid expectationsthat a new stimulus package along with market stabilization steps will ease theimpact of Britain's vote to exit from the European Union. The benchmark KoreaComposite Stock Price Index (KOSPI) rose 9.68 points, or 0.49 percent, to1,966.04 in the first 15 minutes of trading.

When ChoiSun-kyung, a 29-year-old office worker, hops on the subway to go to wo...

The governmentsaid Wednesday that a Korean should succeed Hong Ky-ttack, vice president ofthe Asian Infrastructure Investment Bank (AIIB), who government officials sayis stepping down from the post. Hong, a former chief of th...

The Presidiumof the Supreme People's Assembly (SPA), the country's rubber-stamp parliament,decided to appoint the North's leader as the chairman of a newly-...

Brexit:'Canceling Brexit will cause even more damages'

When themajority of the British public voted for Brexit on June 23, which shocked thewhole world, 61.3 percent of the approval …

For the firsttime ever, South Korea’s all major political parties are under an “emergencysystem,” as AhnCheol-soo and Chun Jun…

Gov'tto withdraw honors given to relatives of N. Korea's founder

Kim Jong-un Gets Another New Title

North Korean leader Kim Jong-un has been named chairmanof a newly restored organ called the Commission on State Affairs. Theappointment came in a closed-door session of the Presidium of the SupremePeople's Assembly on Wednesday.

Heavy drinking increases the risk of stomach cancer,according to a recent study. The study found that those who drink alcohol everyday, or for more than 31 years, are 1.5 times more likely to develop the cancerthan nondrinkers.

Korea's newest no-frills carrier Air Seoul conducted atrial flight between Seoul's Gimpo and Jeju on Tuesday ahead of its officiallaunch next month. Air Seoul is the budget arm of Asiana Airlines and plans tofly regularly between Gimpo and Jeju.

Timeto root out the workplace cruelty at the prosecutors’ office

A promisingyoung prosecutor recently took his own life. In his suicide note, he complainedof job pressures, but his conversations with friends on Kakao Talk suggest hewas also suffering from daily ..

The US DefenseDepartment confirmed on June 27 that the Hwasong-10 ballistic missile recentlytest-launched by North Korea traveled into space and reentered the atmosphere.“We saw the missile launch..

ImYeong-aelost her son Oh Joon-yeong in the 2014 Sewol ferry sinking. On the morning ofJune 28, she stood at a press conference outside the Sejong Center for thePerforming Arts in Seoul to oppose ..

It has beenofficially confirmed that the Sewol ferry was carrying 410 tons of iron barsmeant for construction at the time of the sinking. The government acknowledgedthat 278 tons of these iron bars..

Ahn steps down as co-chairman of the People’sParty

AhnCheol-soo, a tycoon-turned-lawmaker and a likelypresidential candidate, quit his position on Wednesday as co-chairman of thecountry’s third-largest political party, after its April general electionvictory was tainted by a campaign kickback scandal. Rep. Chun Jung-bae,co-chairman of the People’s Party, also stepped down with Rep. Ahn… .

35% of Korea’s couples are sexless, surveysays

Mr. Kim, a 59-year-old office worker in Busan, says heand his wife have a lifestyle they don’t talk about much…

Samsung Electronics could post close to 8 trillion won($6.8 billion) in operating profit for the second quarter…

Sewol Allegedly Loaded with Steel Beams forNaval Base in Jeju

The Sewol was loaded with hundreds of tons of steelbeams, some to be used in the construction of the Jeju naval base, at the timeof the tragic accident, which···

Even if the Government Releases 20 TrillionWon, Economy Expected to Grow by Only 2.8%

If a car owner scraps an old compact car and purchases anew vehicle by the end of this year, she will receive up to 1 million won inindividual consumption tax···

The creditors of Daewoo Shipbuilding & MarineEngineering will push forward with a plan to hand the company over to SamsungHeavy Industries for an eventual merger. This is based on an idea that theywould separate Daewoo's shipbuilding and offshore plant units into a goodcompany and a bad one and ...

Pfizer Inc., the world's largest multinational drugcompany, would build a biologic drug facility in China, Bloomberg reported onJune 29. The biotech center, to be established in Hangzhou, Zhejiang Province,at the cost of US$350 million, is scheduled to be completed by 2018. This is athird time f...

Rho Si-chul, president and CEO of interojo Inc., beganhis contact lens manufacturing business at a not-so-young age of 46 years. Atthe time, he looked for a business item that's technology intensive, steadilyrising in demand, and not dependent on large companies. One day, he was visitedby

Yoochunsummoned for questioning over sex scandal

South Korea'sdisgraced K-pop star, Yoochun, who has been sued for a series of bathroomraping, will be questioned Thursday over his high-p…

LG Innotec has developed a pressure sensor that isflexible as fiber. This sensor senses force that is exerted from outside. LGInnotec (CEO Park Jong-seok) made an ...

To enter Chinese markets, APP exhibited atmosphericplasma equipment for cleaning and others at a huge display exhibition that washeld in China. APP made an announc...

South Korea’stech giant Samsung Electronics Co. unveiled more milestones to stay at the leadin setting the standard for the ...

Koreanoutdoor brands bow out as outdoor craze fizzles out

South Korea’soutdoor apparel brands are pulling out of the market one by one as Korea’soutdoor craze fizzles out. According to the fashion industry Thursday, FashionGroup Hyungji Co. ...

(Pleasemark the blank spaces above and below with an X or Tick and revert toedt@koreapost.com.)

Ourheart-felt congratulations on your National Day in August!

Our heart-felt congratulations on the National Dayof your esteemed country in August this year!

At this time, I would like to have an extensiveinterview with Your Excellency for a Special Report on your country in ourAugust 2016 issue (published at the end of the preceding month by all the abovefive media units. On the assumption of Your Excellency’s kind consent, Ipresent our interview questionnaire as follows:

1. What are the important developments scheduledbetween Korea and your country, including the possible visit of your Head ofGovernment to Korea.

2. What is the volume of bilateral trade, itsoutlook in the next 12 months?

3. What are your competitive field of industry andproducts attractive to Korea and what are Korean products and services thatyour country might wish to import?

4. Who are the Korean companies (other thanJaebeol business groups) actively engaged in the promotion of economiccooperation between Korea and your esteemed country?

6. Please introduce your Head of Government indetail, including major achievements.

7. What is your view of Korea and the Koreanpeople before and after your arrival here?

8. What are the attractive tourist destinations ofyour country?

9. Please introduce yourself in detail, includingyour career, family and hobbies.

10. Please add whatever other details that wemight have left out from the questionnaire.

After your answers to the above basicquestionnaire are ready, I would like to visit Your Excellency in person withmy photographer and editor for photo-taking and whatever other details become availablein the course of the interview. Our phone numbers are 2298-1740/2 and mypersonal cell phone is 010-5201-1740.