Tourism sector to be hit hard by Wuhan coronavirus outbreak
상태바
South Korea's tourism industry is expected to take the hardest hit among local businesses here from the outbreak of the Wuhan coronavirus as citizens cancel their overseas trips, while incoming tourists from China are set to decline sharply.

South Korea's tourism industry is expected to take the hardest hit among local businesses here from the outbreak of the Wuhan coronavirus as citizens cancel their overseas trips, while incoming tourists from China are set to decline sharply, industry sources said Tuesday.

More than 80 people have been killed in China due to the virus that causes pneumonia-like symptoms. South Korea has so far reported four confirmed cases of the new strain of the virus.

Following fears of a global pandemic, consumers here are canceling their trips overseas, especially to China, according to tourism agencies.

South Korea's foreign ministry already raised the travel advisory level for the central Chinese city of Wuhan, the epicenter of the virus outbreak, and its surrounding Hubei Province, recommending its nationals withdraw from the region following the spread of the deadly virus.

"We are concerned that this situation will last longer than expected," a HanaTour official said.

Adding to woes is that people are not only canceling trips to China but also trips to Southeast Asian countries as they fear they may encounter possible virus-infected Chinese people at the airports.

As a growing number of people call off their trips, local airlines recently decided to waive cancellation fees on flights to China.

Korean Air Lines Co., the nation's top flag carrier, said it will not charge cancellation fees for tickets to China issued before last Friday and for flights departing up till Feb. 29. The air carrier has already suspended its flights to Wuhan until the end of this month.

Asiana Airlines Inc., the nation's No. 2 carrier, also announced it will not charge cancellation or change fees for flights from South Korea to China issued before last Friday or for flights departing before March 31. 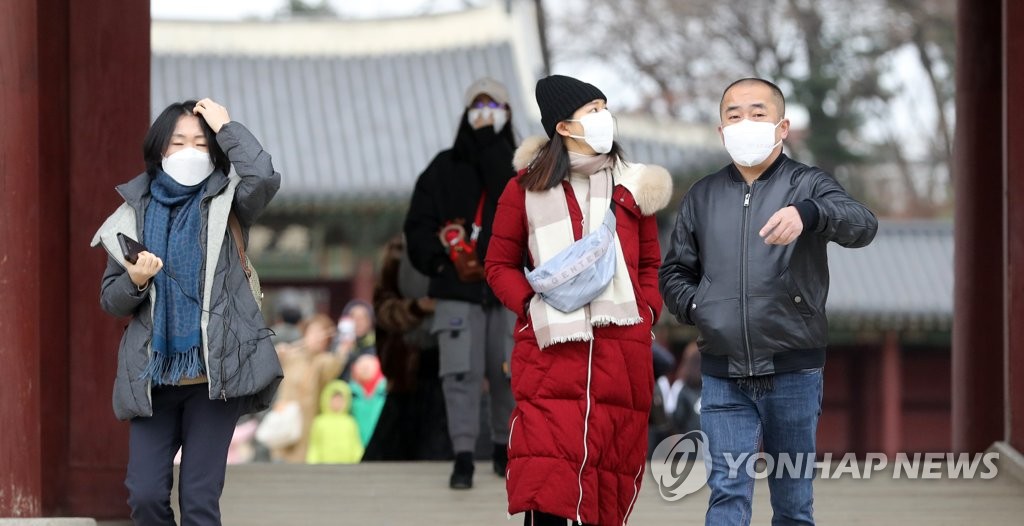 Those who work in hotel and duty-free businesses in South Korea said they are concerned about a possible decrease in the number of Chinese tourists who have been big spenders here.

China recently announced it banned outbound group tours to curb the spread of the novel coronavirus.

"We thought the number of Chinese tourists would recover after it decreased sharply following the THAAD incident," an official at a local hotel said in condition of anonymity. "At the moment, it is a very difficult situation because South Korean customers are also canceling their reservations."